My story of how I got into deer hunting and bow hunting is a series of events that started early in my youth. I grew up in the country a few miles Southeast of Addison in Lenawee County, Michigan. 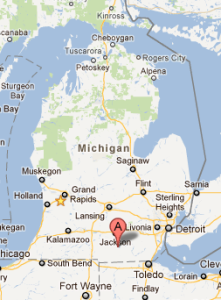 I came from a very humble and basic beginnings. I was the youngest of three kids, with an older brother and sister along with my mom and dad, and lived a true outdoors family lifestyle. Hunting, fishing and trapping were always going on. My mother and father both did these when it was seasonally possible and even they will tell you about taking me as an infant while running their trapping lines. So with the outdoors in my blood I had no idea that hunting, fishing and trapping for meals and entertainment wasn’t what everyone did.

I grew up in Northwest Lenawee County and it is where I currently reside where I own a 66-3/4 acre farm and where my wife and I started building our dream home in August of 1998. As a young boy growing up in this sleepy, small southern Michigan community, whitetail deer were new on the scene. Most of my youth was spent hunting small game, rabbits, squirrels, pheasants, and ducks. I learned much as a hunter in my young teenage years while sitting still waiting for a bushy tail fox squirrel to reveal himself way up in an oak tree.

As I became more of a loner in my hunting methods, deer were being seen on a more predictable basis. I was the only one in our family that picked up bow hunting, and at an early age.
Hearing stories from my father’s friends and my grandpa about hunting “up north” really caught my attention and to this day the subject of whitetail deer consumes my passion and much of my outdoor activities. 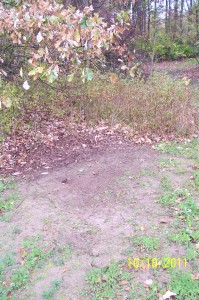 In the early years there were no places a young man like myself could get any real useful info about deer behavior, habits and hunting strategies. I still remember asking my father, his friends and my grandpa what those oval scrapes on the ground were and what they meant. No one had a clue as to what they signified and represented in the whitetail deer’s world, that as we all now know were scrapes. These days, hunting scrapes and scraping areas can be a very effective way to see and take some great bucks.

So I was off to my own learning through observation, time and countless hours spent in the woods. Some of my fondest hunting memories go back to the days with my bear re-curve and cedar arrows. It took many disappointments and failed hunts sitting on the ground before I took my first deer with a bow, but once I accomplished that I found myself doing it every year.

As the years passed, my passion increased for more knowledge about hunting and why deer behave like they do. One of my best decisions I ever made was buying a magazine in the mid 70’s called “Deer and Deerhunting.” This one magazine changed my life as a deer hunter and land steward.

Each success I had went into my memory bank; I found myself as a sponge for knowledge about deer and their behavior, reading and learning all I could find on the subject. By the mid 80’s I had become a seasoned bow hunter, taking does and bucks every season, and by the early 90’s I started reading this concept of passing on young bucks, “who would do that?” I thought, but soon found myself doing exactly that. I also discovered articles on QDMA (where I have now been a member for over a decade and has educated me in many ways as a hunter and landowner) about the whole idea of improving your property to provide what deer needed. It was a novel idea that held much merit.

My career as a mechanical engineer gave me inspiration that this was possible. My past job experience proved that well thought out plans, when executed correctly, would in fact produce the desired results. 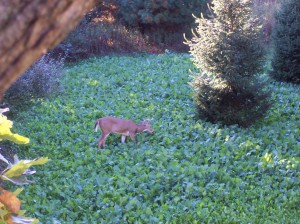 My wife, Enniea, and I purchased 66-3/4 acres next to my mom and dad’s 65 acres in 1981, although it was a good property it lacked food, bedding and security cover. But it held the important building blocks of water, hardwoods and some thick edges here and there. I embarked on a solo project of transforming our farm into a better deer habitat by planting trees, shrubs and creating food plots. Each year adding and changing to what the deer showed me they liked.

At its’ current state, my farm has been transformed into a deer hunting paradise mainly because of my interest and desire to become more successful as a hunter and to give something back to the wildlife.

In addition to seasonal habitat improvements I have always kept a journal/hunting log of each trip out hunting noting weather conditions, wind direction, moon phase, stand location, number of deer seen, segregating the list into antlerless and antlered bucks. This journal goes back to 1981 and this reveals the engineer in me to some extent. 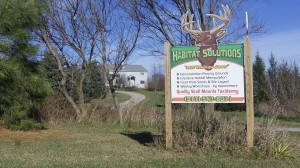 My interest in habitat improvement and wanting to share my knowledge and experience drove me to start my business Habitat Solutions in 2006. I started my consulting business providing a detailed management plan for hunters and landowners willing to do what it takes to make their hunting land more appealing to deer regardless of its size. I knew this could be done because I had been down that road myself and my success could be shared with all that were willing to do what I had.

In June of 2007 I met my now friend and neighbor Jim Brauker at my 35th high school reunion at a local tavern here in the neighborhood. It turns out that Jim had married Diane who was a local neighborhood girl with whom I graduated from the same class at our small high school. We discussed deer and food plots, past seasons and success. I recall extending an invitation to Jim to visit my “deer factory” after telling him what I have been doing to my farm. Sure enough he called me a few weeks later and I gave him a tour in late June of just my food plot areas and my maze of evergreens and deer holding cover. I know I made a positive impression with him and before he left I took him into the upstairs of my garage and taxidermy shop and showed him the bucks I’ve been taking and my hunting journal/log book.

Jim must have liked what I had shown him, because a few months later he contacted me and asked me to accompany him on a couple of properties he was considering purchasing for deer hunting and he wanted my expert opinion.

Back in April of 2009 he and I hosted the first meeting at my home launching the Bean Creek Deer Management Co-op. It was fun to knock on doors and talk deer, and the best thing was how receptive we found all of these local land owners and hunters to be to this concept.
Our co-op has grown to more than 6000 acres and is continuing to spread across Lenawee and Hillsdale counties. 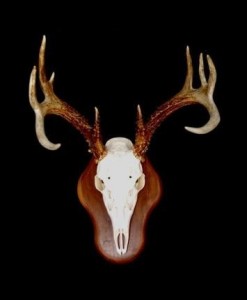 At this time I was winding down with my engineering career, driving to the Detroit area and managing multi-million dollar projects were taking their toll on my mental and physical health. Also, the dismal Michigan automotive economy was suggesting that I find something else to do, so I embarked on building three different “deer” businesses.I had, for many years, done my own buck kills in “European” style or skull mounts as many will commonly call them.

In 1999 I started Quality Skull Mounts, a high quality skull mounting taxidermy business. A year later, in 2000, I became a seed distributor for Wildlife Buffet, a deer and upland bird food plot seed company. After planting many different company seeds since 1995 I was so impressed with their seed that I became a distributor. Although they didn’t survive the recent economic downturns, I knew that if I worked hard and was patient I would grow a great business from one or more of these self-employed endeavors. As I’ve heard many times before: if you choose to do something you love then you’ll never work a day in your life!
As stated previously, in 2006 I started Habitat Solutions a land management consulting company. I wanted to share with other landowners and hunters what I was able to do on my small farm. I had made many mistakes, but also learned volumes along the way and I knew many hunters and land owners wanted to have good hunting properties too. I chose to slowly grow this land management company using a business model that builds on successful clients at a working man’s value. Each year I have grown in the number of clients and properties for which I develop plans.
e t 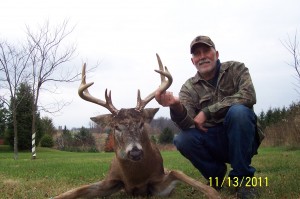 Over the years I have matured, my property has matured and each year I do more amazing improvements making my farm even more of an appealing deer factory. Now I hunt 3-1/2 or older bucks on my farm, all others get a pass. I take plenty of fat does and continue to learn each and every moment I’m in the outdoors.

The world of the whitetail is without a doubt one that stirs my insides, my mind and my soul will never tire of seeing, watching or discussing any subject relating to these wonderful creatures that I pursue with the respect and integrity that they so deserve.